"The principal goal of education in the schools should be creating men and women who are capable of doing new things, not simply repeating what other generations have done." - J. Piaget

School was a main role both for minors and their families in the inclusion process. Progetto Itaca education staff always chooses to include our guest minors in any school as soon as possible. In this way, the previous lifestyle is restored for minors already going to school in their own countries. Moreover, a daily routine can be created for new students.

We get in touch with small schools that want to enhance kids’ abilities and create education projects.
Therefore, tiny temporary groups can be settled in order to sustain specific learning mechanisms. However, the inclusion of asylum seeker minors in ordinary classrooms is promoted because it’s better to avoid separated learning spaces. Avoiding the creation of detached cultural worlds and promoting discussion and dialogue is the best choice to make a good cohabitation possible.

Learning the Italian language is the main step fir the inclusion goal, also for grown-up asylum seekers. Indeed, language allows to understand, be understood and be involved in the community. For these reasons, school should include the student’s family since the reception and for the all school year. Families should partecipate actively in this process that should be considered as a surplus value even during the bureaucratic asylum procedures. In this way, relatives would be surrounded by Italian customs and habits.
A support network would be created helping them in the hard cultural process due to the migratory journey. A process that consists of retaining their own identities and assimilating a new culture. Progetto Itaca tries to make mothers independent in taking care of their kids. For instance, they supervise their children’s school hours and homework (with our help). Moreover, we try to make them understand that it’s important that their kids join leisure times as birthday parties in order to create a good environment for inclusion. Obviously, an initial mediation step and a following support step (both from the reception centre and the school staff) in important.

Therefore, family should be one of the main inclusion environment to reach the chance of knowingand openness. If the adult in the family is closed, it will influence their kids’ integration negatively bringing them to a temporary negation of their cultural background. Indeed, kids don’t want to be outsider, but they want to be accepted and certainly perceived ad kids.

Minors should be supported in creating intercultural relations becoming aware of their own history and identity and making them known to others. However, cultural labelling has to be avoiaded and dialogue has to be promoted. the process is far from being simple. Indeed, it’s highly probable that immigrants in school can cause defense mechanisms due to stereotupes and biases. Intercultural education is education to diversity and it should promote a good environment at school and:

The first contact is crucial. Hence, the attention at preparing the class for the new foreign student is essential. How the teacher will deal with this issue is very important. Progetto Itaca tries to create the best relationship possible with teachers even before the shooling. We give ad much information as we can in order to establish a previous knowledge of the students. Then, the teacher staff is charged with putting sensivity, empathy and dedication in this task. First day at school works in the same way: parents put their kids in a new environment and place thier trust in thier teachers’ skills to lead them in this new experience.

Everyone wanted him to sit next to them. This happened partly because a good preparation to the class has been made in anticipation of the new student coming. I saw him… I brought him the first day at school. “A. is arrived! A. is arrived!”, students said loudly as soon as we walked in. It was a big unexpected party! He was really excited… precisely because it was enexpected. Students made him feel so important! Then they showed A. where to put his books, how to organise his backpack and how to pronounce some words. They made A. fell so welcomed. It was so nice of them! (interview with an Ethiopian mother inside “Misurare l’integrazione nelle classi multietniche”¹

The connection between territory and school is determining for the inclusion process. Association, foreign families already established, mediators are involved, as well as operators and teachers appropriate training. The flagship would be making known positive situations and actions that brought to a good social inclusion. Indeed, how the local community is perceived is influenced by media taht feed fear and hostility. How does media do that? It never talks about reception and social life in the cities hosting immigrants. Media goes up against positive outcomes caused by widespread reception. As a famous Italian saying, it “fa di tutta l’erba un fascio” (throwing out the baby with the bathwater). People has to be put in a situation in which they can meet each other, as well as kids has to face an intercultural education. in the future, doubts can arise in one of them, maybe even simple “why?”.

Millions saw the apple fall but Newton was the one who asked why. ∼Bernard Baruch

The model, maybe utopian, should be neither creating cultural cage nor assimilating foreigners inside the italian culture losing their distinctiveness. All this process should be a double-dealing: an exchange, not a substitution. No-one, the foreigner or the local community, should loose his own identity, his traditions and kis knowledge. How? As always, through mutual understanding!

[…]if we have to promote something, we should promote our own culture, our sustoms. We should hel who choose to come in Italy to become Italian […] (extract of a letter from italian parents to a school official mentioned inside “Misurare l’integrazione nelle classi multietniche”¹)

School is indeed the meeting point between immigrants and the culture of the host society. School is the first step to reduce educational and rational inequality. It is the best possible way to give kids the basic skills and knowledge to build their future in the society where they live, without forget their own past. 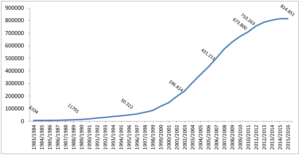 Line graph showing the growth at foreign students in Italy.2 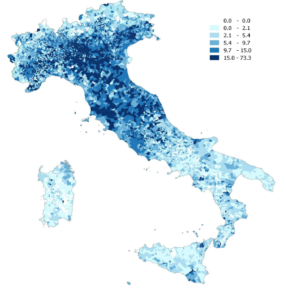 Zena and Julie will go to kindergarten in September!

Zena and Julie are two Ewe little sisters from Togo. They are 4 and 3 years old and they arrives in Italy in May 2017. They were together with their mother Ameou. These two kids are lively and full of joy. They will join their class in kindergarten in September starting their inclusione path in the school environment. 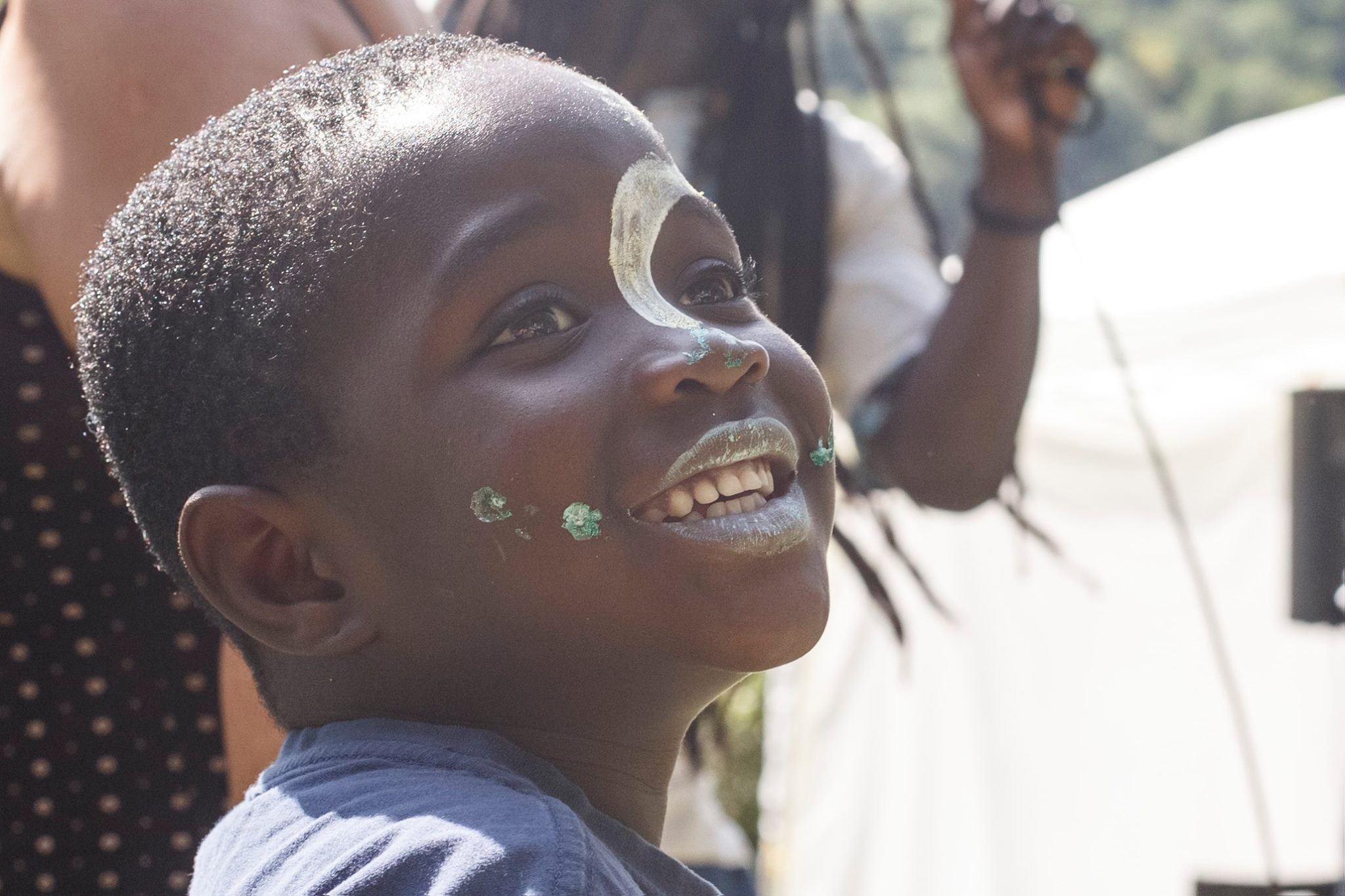 Zena at the face painting during the celebrations of the Refugee Day in Lecco on 25/06/2017. 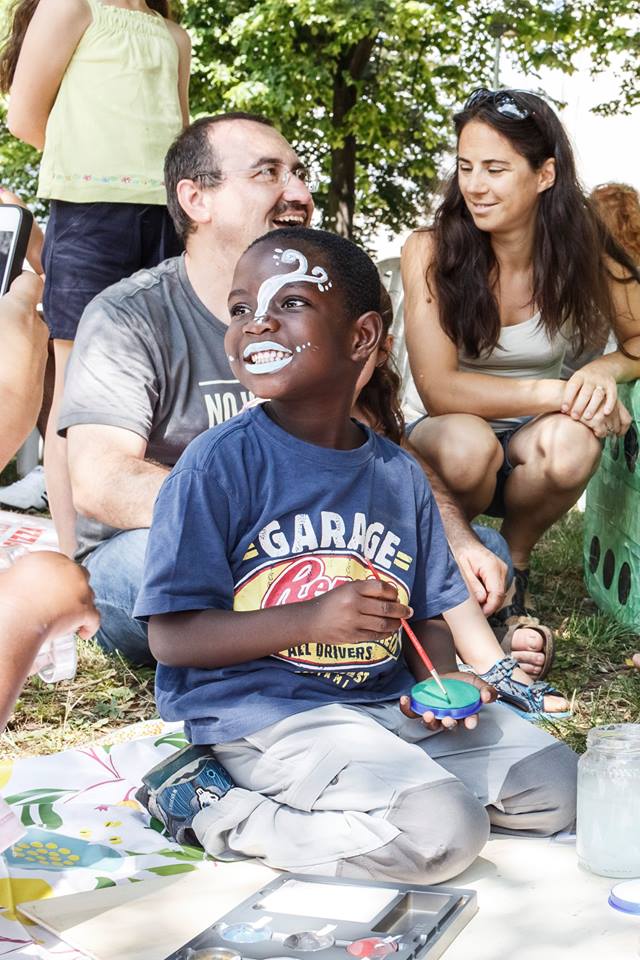 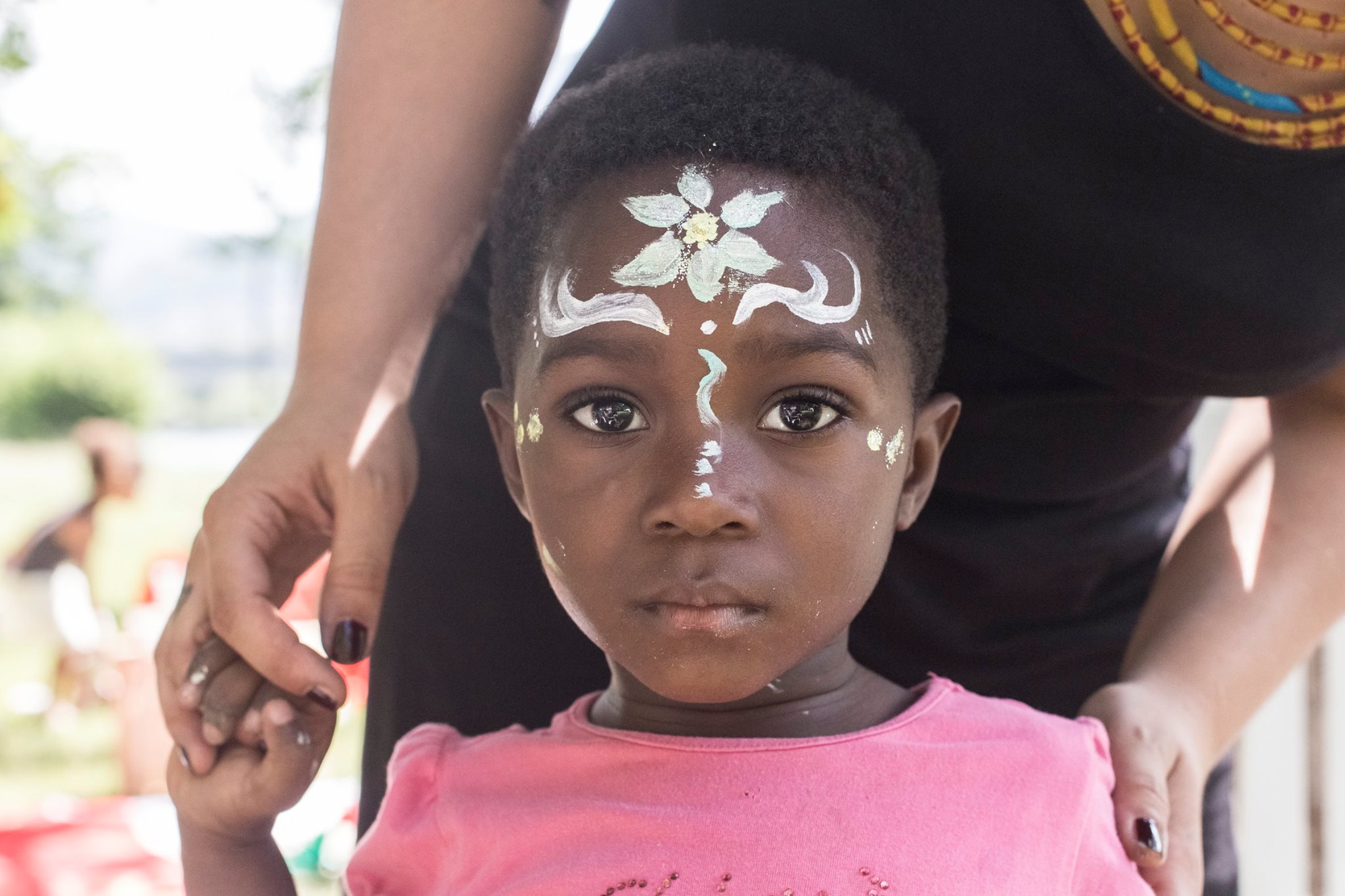 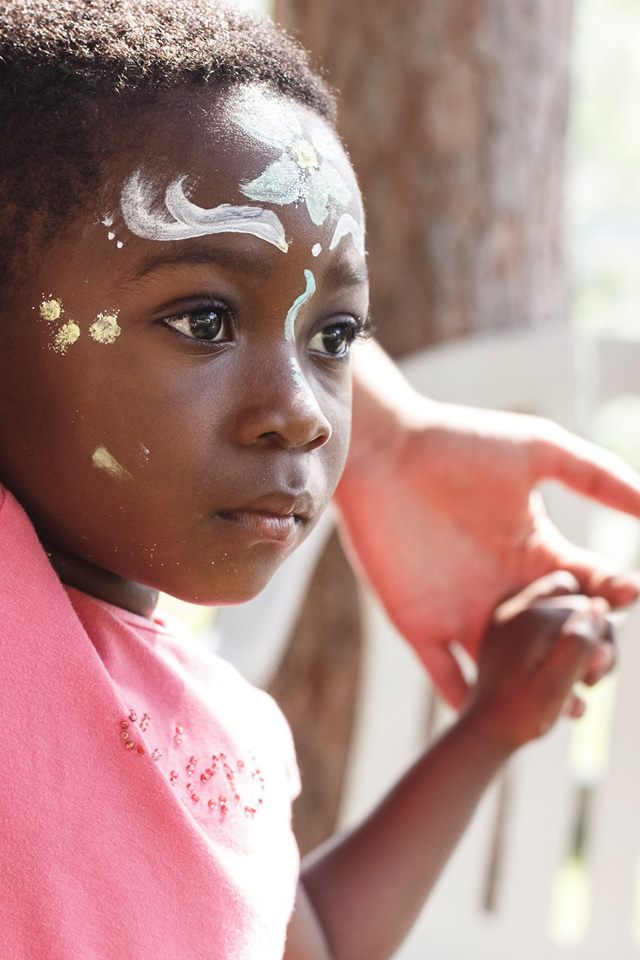 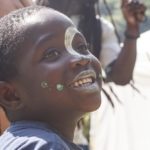 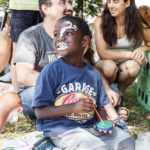 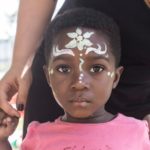 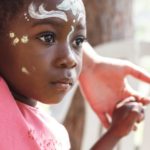 Thanks to World Refugee Day Lecco for these catched gazes! 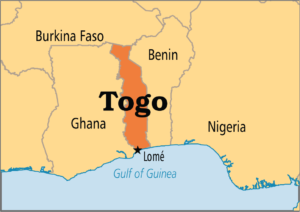 On the basis of Ministero dell’Interno adata, Togolese migrants are not so much in the largest forced flow of migrants. Nevertheless, Togo is a problematic country as far as concerned civili liberty. Indeed, Freedom House ( a non- governmental international organization that deals with research and awareness on democracy, human and political rights) classifies Togo as “not free“.

Back in the time, Togo didn’t have the current geographical borders. At first, underGerman colonisation, its name was Togoland. Then, it was divided into British and French Togoland. In the 50s, during Africa’s decolonisation British Togoland joined to Gold Coast through a referendum creating current Ghana. french Togoland became the today/s Togo.

Military coup d’etats overruled the first two president making colonel Eyadema taking power. Eyadema has ruled for 38 years until 2005 as a dictator. he has suspended the Constitution and political parties as well as suppressing demonstration and speech freedom. After that, several fake elections took palce until the dictator’s death. His son Faure Gnassingbé, the successor, is the current head of state. his election was fighted by opposition through street clashes causing an indefinite number of deaths. Lots of people run away in Benin and Ghana as refugees.

Currently, government is keeping banning demonstrations, using excessively force and arresting people in order to suppress freedom of speech. The institutions find their right to do that in a law where “prior approval” is indicated as a necessaty condition for peacefel rallies. Human right violations are still on going unpunished. A new penal code abolishing torture has been introduced. However, the code still maintains homophobic laws and introduces the offence of defamation and fake news publications. In this way, journalist, defensors of human rights and who ever shows his dissent is stopped. 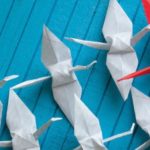 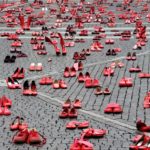 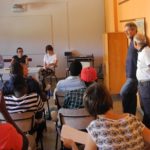